I need to learn how to take pictures--these are the only two I got: 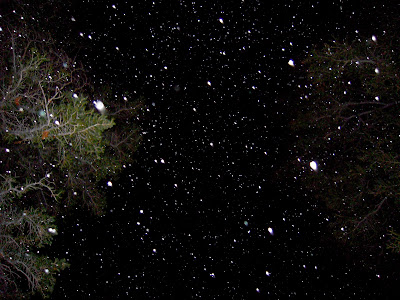 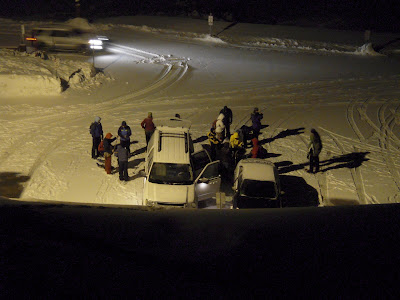 As we were coming back down from Sunnyside a big bunch of sledders passed us. I wanted to tell them that it's all fun and games until someone destroys their leg, but decided to let them figure it out for themselves.
Posted by Dave W at 10:39 AM 4 comments:

Be nice to someone else...

Something I struggle with is accepting advice from people who I don’t feel like should be giving it. I should be willing to take any criticism I can get—and actually consider whether or not it’s any good regardless of the source. This is especially true in dating. I don’t feel like anybody should be giving me advice or offering me help (which is obviously not true). Take the following conversation I had a church last week with an acquaintance:

Him: “So, you dating anyone right now?”

Him: “There are a lot of pretty girls in this ward.”

Him: “Sometimes it can be kind of intimidating to approach some of them, if you ever want me to, like, introduce you to some of them just let me know.”

Me (trying to act nice and end the conversation ASAP): “Ummmm. Yeah, sure. Okay.”

I wanted to remind him that he was also single and that he should probably just worry about approaching girls for himself and not for me, but I figured I’d better not. I guess what it boils down to is that acquaintances should never offer advice or set-ups. Or help with dating. Or with talking to girls. And now that I come to it, as far as set-ups go, they should probably only be done by family and very close friends.

This reminds me of my best set up ever (and by best I mean worst, but makes for the best story). A mission friend set me up with his fiancée’s roommate down in Orem. Right from the start I could tell that she either judged me before I actually spoke to her or she had some other dude that she thought was better than me because I was only getting one-word answers, no laughs, and the occasional condescending smile. That’s not to say that I didn’t judge her too—she looked like Madonna with a unibrow—and she wasn’t cute enough to be as mean as she was being*. I guess she felt guilty because twenty minutes into the date she offered to pay, to which I responded, “You’re used to Orem guys, huh? Where I come from we don’t let girls pay.” I realize how absurd my comment was—as if Salt Lake and Orem were different countries—but at that point she hit a nerve and I had to get back at her. In hindsight I should have shut my mouth and let her pay. It wasn’t worth the $8 it took to show her that she wasn’t better than me and to insult her people. And my pride would have recovered eventually anyway, it always does.

*The word should probably be hot, not cute, because cute girls are never mean by definition. And it's not that hot girls are justified in being mean--nobody has an excuse. The point is that I expect hot girls to be mean and condescnding. They aren't always, but often.
Posted by Dave W at 12:08 PM 3 comments:

Remember that experiment at work I was so excited about on Friday? Well, it turns out I couldn't get it to repeat; and n=1 doesn't count. As I wallow in defeat and self-pity, the quote that hangs on a wall near my bench keeps coming to mind:

"As an adolescent I aspired to lasting fame, I craved factual certainty, and I thirsted for a meaningful vision of human life--so I became a scientist. This is like becoming an archbishop so you can meet girls."

Today is a monumental day. After three months of trying the same experiment over and over again at work (unsuccessfully), I finally got it to work! I got some of these: 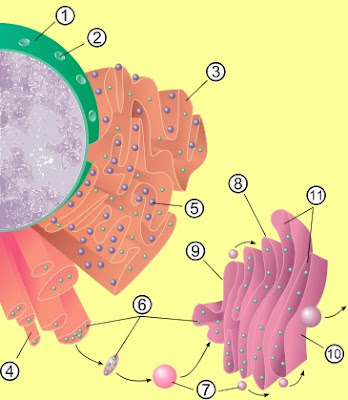 to turn some of this:

What's in your lungs? 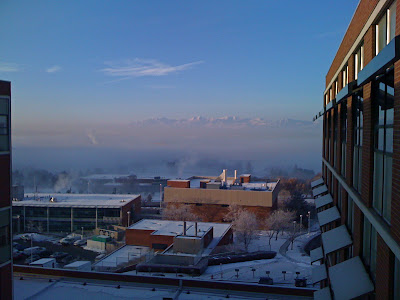 I decided to read “The Fellowship of the Ring” about a week ago. Even though I already know that fantasy fiction is not my favorite genre of book I thought I should probably read at least one of the series because they are considered to be classic. I am now just over halfway through the book and am only sort of enjoying it. Tolkien is a great writer—but he’s killing me with details. Did you know that it takes Frodo and the other three hobbits half of the book just to get out of the Shire? In the movie it takes like ten minutes. And then there are all these names of people and places that pop up without any explanation. Look at this excerpt from the Council of Elrond:

“Only to the North did these tidings come, and only to a few. Small wonder it is that you have not heard them, Boromir. Form the ruin of the Gladden Fields, where Isildur perished, three men only came ever back over the mountains after long wandering. One of these was Ohtar, the esquire of Isildur, who bore the shards of the sword of Elendil; and he brought them to Valandil, the heir of Isildur, who being but a child had remained here in Rivendell. But Narsil was broken and its light extinguished, and it has not yet been forged again.”

One or two names I don’t recognize is do-able, but this mess just made me want to quit. It’s no wonder the biggest fans of these books tend to be (and there are exceptions, Gracie) real freaks—you need a PhD in Middle-earth history to understand a lot of this stuff. So kudos to Peter Jackson and whoever wrote the screenplay for the films. While they’re not my favorites, so far I enjoyed them better than the books—which almost never happens.
Posted by Dave W at 12:37 PM 6 comments:

Where have you gone, Weezer?

One of my favorite childhood groups is dead to me. It’s not that I hate new Weezer music—it’s all right, but it’s different. I still listen to the old CD’s and I love them just as much as the first time, the new ones are like the background on my computer—cool for about a week. I never used to criticize bands for “selling out” because I realize that they are in a business, and in order to eat they have to sell music. That’s fine. For groups like the Goo Goo Dolls or Muse it actually makes their music better. But Weezer went from being a real expression of the teenage/college experience (specifically that of our generation) to being cheap flashes in the pop-chart pan. Look at these lyrics from their first album:

“You walk up to her, ask her to dance,
she says ‘hey baby I just might take a chance’.
You say it’s a good thing, that you float in the air,
That way there’s no way I will crush your pretty toenails into a thousand pieces”

So it’s not Shakespeare, but it’s creative and at least it’s not these from their latest album:

“Monday to Sunday I hit up the clubs,
and everybody knows me when I pull up.
I got a real big posse with me, yeah, I’m deep.
And if you’re looking for me I’m in VIP.”

Did the same person write both songs? Maybe. How about another example, from their second album, Pinkerton:

“I wish I could get my head out of this one,
‘cause I think we’d make a good team.
And you could keep my fingernails clean.
But that’s just a stupid dream that I won’t realize,
‘cause I can’t even look in your eyes without shakin’
and I ain’t fakin’, I’ll bring home the turkey if you bring home the bacon”

Again, not terribly beautiful, but at least it’s honest. How about these from the latest CD:

“Satin tights, boots of white…
used to mean a little, now means a lot,
oh, my goodness me, the girl got hot.”

So to my beloved Weezer of the 90’s I say rest in peace. Wherever you are, I hope you’re happy. Please come back someday when you don’t need any more money.
Posted by Dave W at 11:09 AM 3 comments:

To Kill a Mockingbird

Over the last couple of years several people recommended that I read To Kill a Mockingbird again. Not having read it since high school I didn't remember much about it except that I thought it was good, not great. Now, after having re-read it, it turns out it's one of my favorite books. I have a tendency to discuss books I'm reading with people (family, friends, co-workers, or anybody I randomly meet) and everyone seems to feel the same way--it's a favorite book. One of my friends at work almost started to cry as she told me about how much she loved reading it. If it has been more than a five years since you last read To Kill a Mockingbird I'd strongly suggest reading it again.
Posted by Dave W at 11:45 AM 1 comment: